The process beats you up

I feel beat up.  Beat up by the process.  It's completely emotionally draining.  It's been such a long time getting to this place.  Bad information, people quitting their jobs and random unexplained factors have made it seem like a lifetime ago that we started the process.  But it's not just the time that has me feeling beat up.  I got a copy of our home study and read it.  All 16 pages.  Mostly really great stuff, especially from the letters of support from our friends and family and from what John and I had to say about each other and our kids.  But it wasn't all good stuff and it wasn't all true.

There was the part when describing our bedrooms where it said we don't have an open bedroom or extra beds.  That's just not true.  We have 1 open bedroom, 2 open twin beds, and 1 open queen bed.  The open bedroom has been set up with a twin bed since we started our classes, long before the home study.  We walk by that room daily and think of our future child.

And then there was the part that questioned our character because of our lack of patience in the process.  Yes, we were frustrated with the months of delay in writing the home study.  But that is because we are invested and we care.  That is what makes us good parents - we're already fighting for our kids.

In the end, it doesn't really matter.  We're approved.  And we've already received some child profiles and we asked to be considered for a specific child.  But even in the midst of the hope, it's hard. The wait is finally over! (...and another wait is just beginning!)

Nearly 10 months after our home study began, it was completed and approved by the state of Indiana.  Praise the Lord!  Let me recap our journey for you:


You can read all of my posts from this journey by clicking on the "Adoption" tab at the top of the page.

So this brings us to the present.  We are now able to request files of children and try to determine who might be a good fit for our family.  If we see a child that we want to pursue, we request to be matched and see if the state agrees.  If they do, then visitations can start.  Because we are pursuing teenagers, the child also gets a say in the match.

We're currently waiting again.  We've requested files on a few children, but haven't received any.  They say it can take up to 2 weeks.  Since the state's estimate of a 3-6 month process can become 15 months, I have no idea when to expect files!

Sadly, many of the children needing adoption are the same ones whose faces I've stared at for over a year now.  They've been waiting, too.  And as frustrating as this process has been for us, I cannot even begin to imagine what it feels like to be a child waiting for a family.

Friends, thank you for all your support and prayers along the way.  Please continue to pray for a speedy process, and even more importantly for all the children waiting, that they might find families.  Perhaps you can even pray for your own calling to adoption.  Maybe God intends you to be the family for one of the 100,000 kids in the US foster system that are currently waiting for adoption.  Over 20,000 kids age out of the system each year without being adopted.  Families are so needed! It seems to be quite trendy now to select a word to focus on for your year.  I'm not sure I ever wrote about it here, but I did share on Instagram that my word/goal for last year was "Faith". 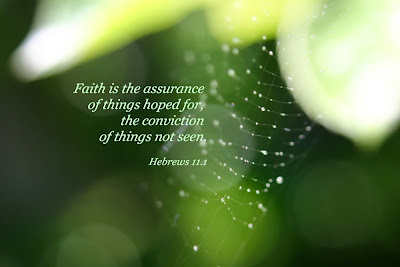 Certainly my faith was tested in 2014 as we tried to continually believe in the call we felt toward adoption in the face of perpetual road blocks and delays.  I didn't focus on my word as much as I should have, but looking back it was clearly an appropriate choice.

For 2015 I've had a clear sense that my word should be peace, coming from the verse, "Blessed are the peacemakers, for they will be called children of God".  I got this beautiful necklace from The Rainy Season Jewelry entitled "peacemaker" for Christmas and I hope that it will serve as a physical reminder to me.