Preparing for the Homestudy!

First, last night.  After the kids went down, John and I needed to clean the kitchen.  John was in the mood for some cookies and we figured that would be relaxing way to lead into the kitchen cleaning.  While John started making the cookies, I got on the phone with my mom.  At one point, John looks over at me and asks if the dough balls look like 1 inch.  I say no way, much too big.  John (presumably) makes them smaller and then pops them in the oven.  A little while later he goes to check on them... oops! a little too close together.  We laugh at the now giant sheet of cookie.  But they still need to cook longer.  A few minutes later, check again.  This time the cookie dough is dripping off the edge of the sheet.  We're still laughing and I'm still talking to my mom on the phone.  But then we realize the cookie dough that is falling to the bottom is catching on fire!  And there starts to be just tons and tons of smoke!  "Mom, I gotta go, fire in the oven!"  At least the cookies still tasted good :-) 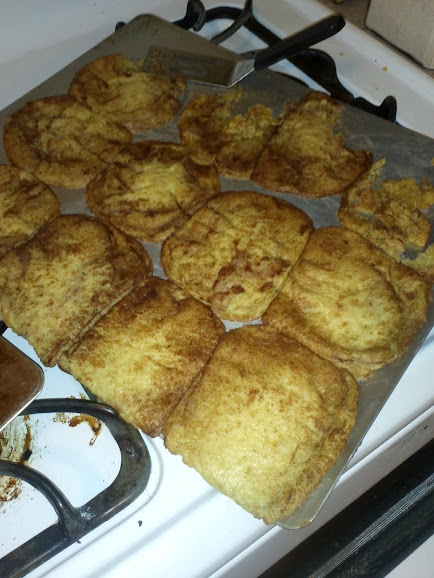 And then today.  I'm cleaning up the kitchen after lunch and throwing away all the trash.  John gets home and I ask him to take the trash out.  A little while later I go to put away the milk.  No cap!  Oh no!  It's in the trash bag which is already outside in the trash can!  John suggests putting aluminum foil over the top, which does work.  I just hope the social worker doesn't want milk in her coffee! 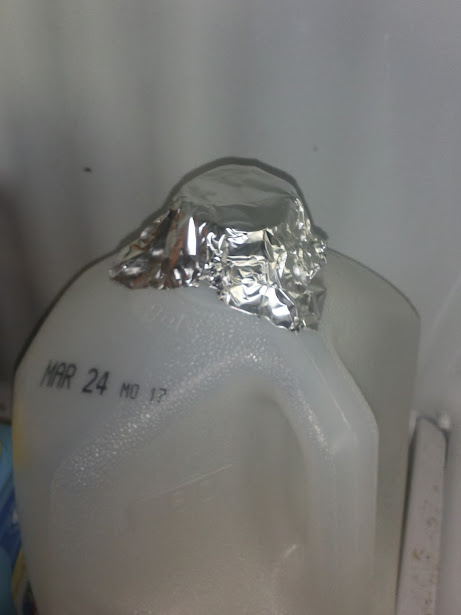 Alright, gotta run!  Need to get two kids settled in for naps before the social worker arrives at 2:30!  Here's hoping Lucy and Finn both sleep though the entire meeting :-)