1.  The Steerlers game was on TV here Sunday afternoon, and not only did I get to see it, but they won for the first time all year!  Clearly all those loses early in the season were just because they didn't want to detract from the Pirates playoff run!  Now that the Pirates season is done, I predict the Steelers will win all the rest =)


2. Blaise has been learning to stay in bed with the help of his Sleep Buddy, a programmable nightlight that turns off when it is OK to get out of bed.  It came with a sticker chart for one month of staying in bed.  This has been great motivation for Blaise and he earned his reward this week!  He and I went to four different thrift stores before finding something that he wanted.  Initially he was convinced that he would find a big garbage truck because we had seen one months before at a thrift store.  Ultimately he fell in love with a 50 cent lobster claw. Score! 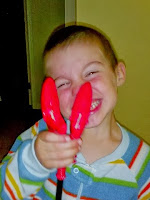 3.  I hope this isn't a foreshadowing of things to come! 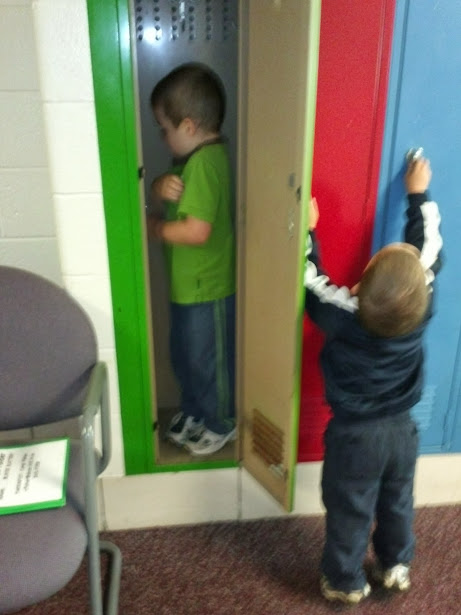 4. I was much better prepared this week for our "hike" while Blaise was in speech class and the little kiddos had a great time! 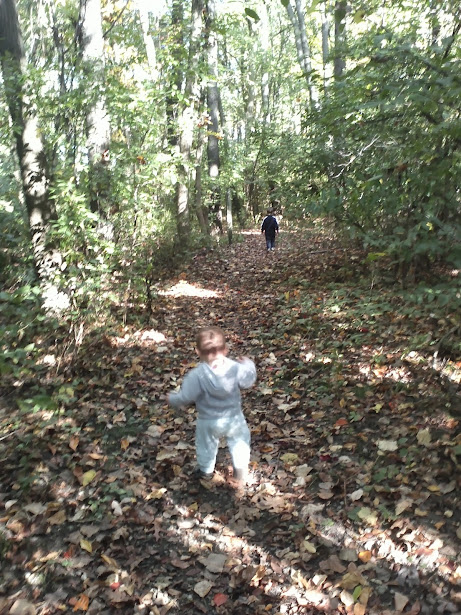 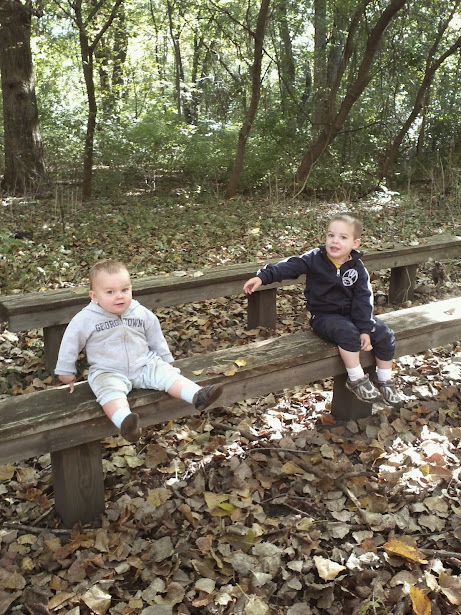 5. I saw this quote on facebook and was troubled. I understand where it is coming from and I do assume the best about the priest who said it.  The idea is that in the Eucharist we fully receive Christ. I get that.  It's the reason that I am still actively contemplating becoming Catholic despite some of my disagreements with the Church's teachings.  But I don't like how he pits this against the idea of a personal relationship with Christ.  You MUST have a personal relationship with Christ or the rituals and motions that you go through are meaningless.  It reminds me a little too much of the sentiment of the Godfather - having people killed while at a baptism!  Yes, the Eucharist certainly can draw you closer to Christ, but it is not a substitute for a personal, vibrant, faith-filled relationship with Him.


6.  Christmas decorations give me such a warm fuzzy feeling inside!  Christmas is by far my favorite holiday and the only one that we decorate the house for.  I just love how the decorations bring me this sense of hope.  Today I got my Crate & Barrel catalog and it made me smile =) 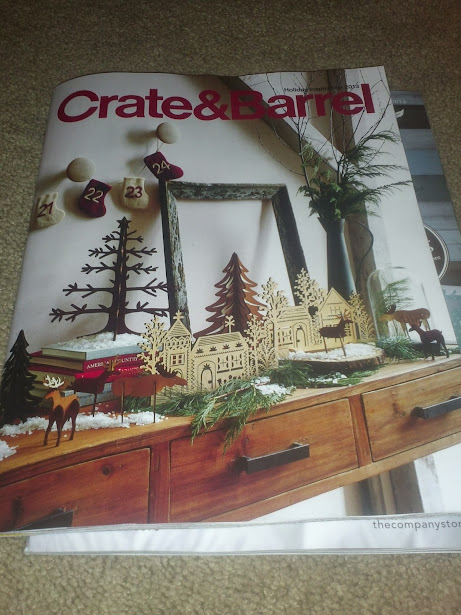 7.  If you read my Call to Adoption  and "I'll take anyone" posts earlier this week, you know that John and I are actively preparing our hearts to adopt older children from the foster care system.  I was looking through my blogroll and realized that I am lacking in blogs on this topic!  So if you know of any adoptive family blogs, please share in the comments!!!